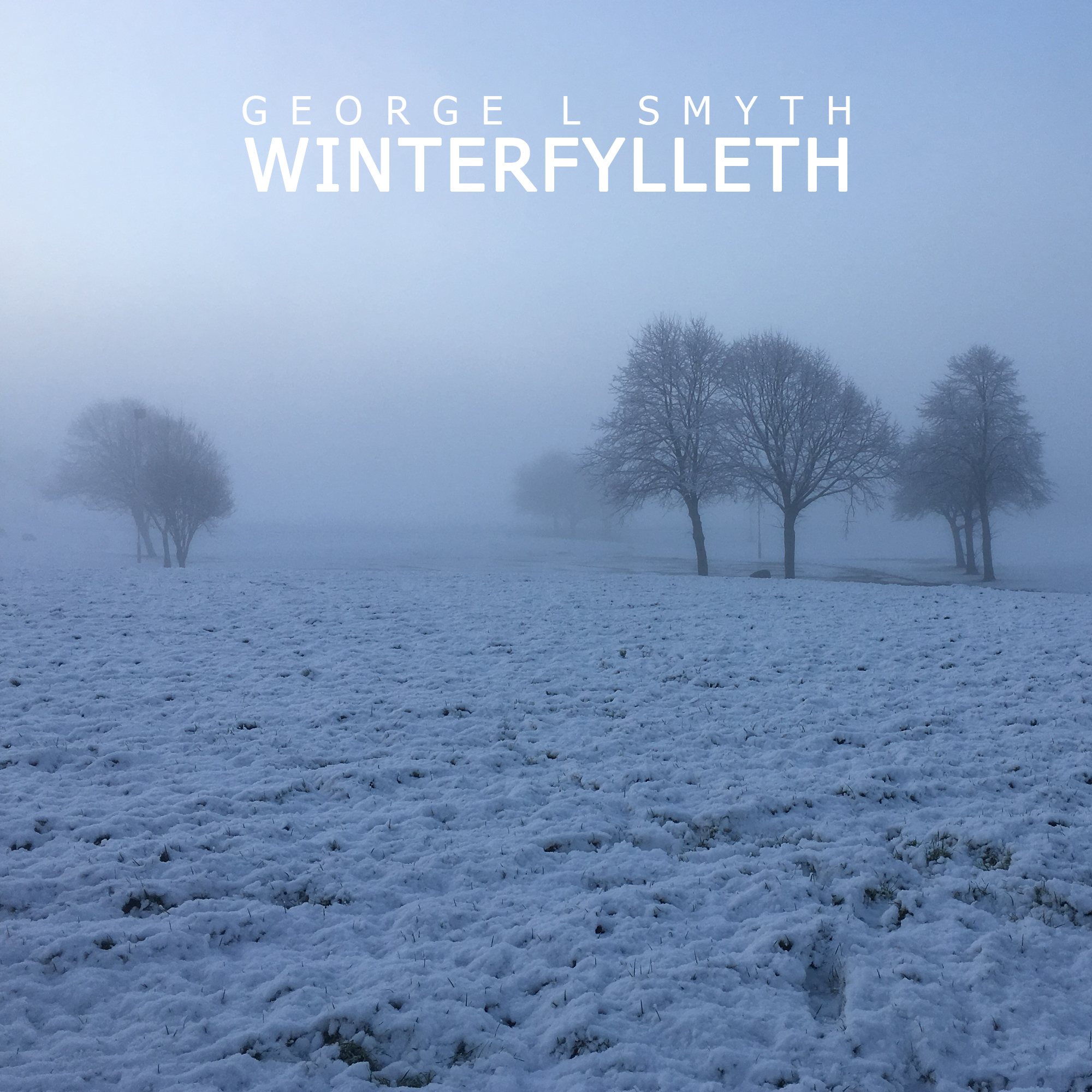 Now here's something new: some modern classical music for you on weareallghosts.
I was approached by George L Smyth a wee while ago now with a couple of the tracks that now appear on this album. His email came out-of-the-blue (I'm not a big fan of unsolicited contact) but as he was a friend of Rebekkah Hilgraves and had featured on her show, I was willing to take time out to listen to what he had ... and I am so glad I did!
"Winterfylleth" is the Old English name for the month of October, it marked and celebrated the beginning of winter; and on "Winterfylleth" George L Smyth brings four pieces that each paint a picture of the coldest time of the year.
We kick things off with the warm, nostalgic minimalism of "Leaving My Thoughts"; it is a delightful piece of longform soundscaping that aptly soundtracks the more contemplative aspect of time spent indoors in winter.
From there we move to longest piece on the album, "Forest And Clearing", a soft, delicate piece that could so easily describe the first flurries of snow in a silent Narnia-esque forest at dusk;
After stepping quietly from the Clearing, we have "A Week Unknown" where there is a greater sense of urgency. Could these chords describe the bustle at the shops in the run up to Christmas, who knows? But there is a real change in tempo, a tangible sense of intention and of excitement portrayed.
We then come to the last track, the title track of the album: "Winterfylleth". It is a warm, confident piece of music; one that conveys a sense of making it, the work is over and it is now time to rest.
I really have enjoyed listening to this album and I hope you will too? It reminded me, in places, of the exquisite minimalism of Henryk Gorecki with the odd flourish that did put me in mind of David Alexrod. On  "Winterfylleth" George L Smyth has really demonstrated his musical talent and I look forward to more from him in the future. Welcome to waag!
As before, my thanks goes to Cousin Silas ... Warren Daly … Kevin Lyons ... Adrian Nicholls ... Drew Miller ... and the wonderful waag community ... for their generous support.
A 320kbps version of this release will be available here, for free, on Archive with a lossless version available over on Bandcamp for ‘pay what you want’.
- Thomas

Uploaded by thomasmathie on January 21, 2018